Helping you to bring your internet ideas to life.

I designed and built my very first website in 1995 for an ASX listed company I was working for at the time. As you can imagine, that was back in the days when coding a website was very simple (and downloading them was very, very slow). Since then, things have changed...and here are some examples of work since then.

kranjiracing.com is a site for Singapore horse racing enthusiasts. The site includes a subscription payment gateway, forums, a vast automated horse racing database and a self-designed CMS. The site was created in 2009 and was built primarily with php and mysql. It still runs today.

hannans.com was originally created in 2005 for Hannans Reward Ltd - an ASX listed exploration company. The site has evolved considerably over the years - but is still written in php and mysql - and includes a self-designed CMS. The site includes automated services, written in python and hosted on separate servers. The latest version was graphically designed by a third party - but entirely coded by me, including CSS.

moviealert.me is a mobile* site designed to track movie releases in your local area and remind you when a favourite movie was playing in your area. It was built in php, mysql and javascript.

kbag.com.au is an example of a simple wix hosted site for small business - it was simple, quick and low cost to set up.

neometals.com.au was created in 2007 for an ASX listed company called Reed Resources Ltd. The company changed its name in 2013 to Neometals Ltd. The site evolved a number of times over the course of more than 12 years and was eventually retired in 2019. Graphics for the last version were designed by third parties - but the site was entirely coded by me. It was built in php and mysql and included automated services, written in python and hosted on separate servers. It also included a self-designed CMS.

Other applications I have designed and built include shareholder reports for listed companies, ASX release monitoring services and a shopify hosted e-commerce site.

And being an avid kiteboarder, I built myself a mobile* site to display wind information at my favourite sites in a format that was easy to read under kiting conditions. It is a mashup of a couple of different data sources.

If you think I may be able to help you out, please contact me via LinkedIn - thank you.

And for those of you who like shark pictures, these "aerial" images of sharks were actually created in Google Colab using a Generative Adversarial Network...another area I like to play in 🙂 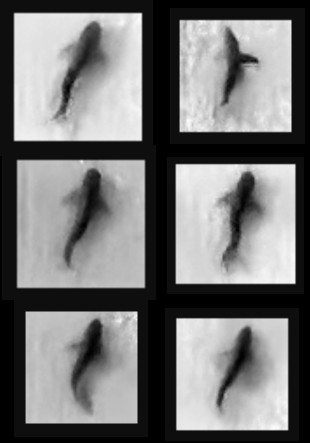 * mobile site means the site was designed to be viewed in a mobile phone only. Display in desktop format was not given any attention.

I publish a fortnightly email of news impacting the global lithium battery supply chain. Published every fortnight since 2015. Subscribe below.

"Lithium Valley: Establishing the Case for Energy Metals and Battery Manufacturing in Western Australia" is one of a number of reports I played a role in creating or commissioning.